November home prices rise to a record for this time of year.

Trump presidency could be good for housing, despite rising rates.

A historic snapshot of the Denver-area housing market. Source: DMAR

Denver-area home prices rose more than 11 percent in November from November 2015, according to a report released on Monday by the Denver Metro Association of Realtors.

The average price of all homes sold topped $400,000 for the first time in a November, shows the DMAR report.

The average home price was even 1.9 percent higher than the average price of $397,778 in October.

The median, or middle, price of all homes sold last month showed a similar trend.

However, the market did experience an expected seasonal slowdown.

However, to put that into perspective, the month-to-month percentage drop in November 2015 was almost twice as big, with closings dropping 29.4 percent from October of last year.

There are a number of well-known reasons why Denver’s housing market remains so robust, said Steve Danyliw, chairman of the DMAR Market Trends Committee, and a Denver real estate agent.

“Obviously, in the Front Range, collectively, we are still seeing positive net migration and a healthy and diversified economy,” Danyliw said

“I remember speaking to a Realtor in Calgary a few years ago, and he said this time of the year home sales just come to a halt. They don’t sell many homes in the winter in much of Canada.”

Taking a broader, macro-look at the market, the question on the minds of many Realtors and others is how long the strong market will last, as well as the impact President-elect Donald Trump’s administration will have on the housing market, according Danyliw.

“Having a real estate developer in the White House may bring positive things for both buyers, sellers and Realtors alike,” Danyliw said.

However, mortgage interest rates already have risen about a half of a percentage point, topping 4 percent.

Rising interest rates could make it even more difficult for first-time home buyers to acquire a home, especially in a market like Denver, where prices have been far outpacing the inflation rate and wage growth.

“We already have seen an increase in interest rates and some are calling this part of the ‘Trump Bump,’” Danyliw said.

Also on a national level, he noted that the Dodd-Frank Wall Street Reform and Construction Act, “which brought us the Consumer Financial Protection Bureau, looks to be in the crosshairs for repeal, or, more likely, a significant re-work,” under the Trump administration.

In addition, Fannie Mae and Freddie Mac may transition into completely privatize organizations, instead of government-sponsored enterprises, he noted.

“While rising prices have been great for homeowners, it is really not sustainable for a healthy market that is in balance between buyers and the sellers,” Danyliw said.

Indeed, he hopes legislatures next year tackle the construction defect rules, so developers will once again “start building the entry-level condos that so many Millennials want,” rather than high-priced apartments, he said.

The low supply of homes, especially for homes priced below $350,000, has driven up prices, he noted.

There were 5,565 active listings on the market last month, a 2 percent drop from a year 5,683 a year earlier. However, the record low for a November occurred in 2014, when there were only 5,420 homes on the market.

Danyliw recently experienced the lack of supply first hand, when he listed a Richmond-built home in Centennial for just under $315,000.

“Within six hours we had nine showings and received two offers above the asking price,” he said.

The market also was tighter last month than in November 2015, as far as months of inventory.

The luxury market of homes that sold for $1 million or more, once again, was much stronger than the overall market, as far as percentage gains.

Some 102 luxury single-family homes and condos traded hands last month, a 61.9 percent jump from 63 in November 2015.

The highest priced single-family home sold in November was $7 million for a 5-bedroom, 6-bathroom, 4,626-square-foot home in Cherry Creek North.

“Luxury home sellers had a lot to be thankful for in November, even though sales of single-family homes priced over $1 million was down about two percent from October,” said Jill Schafer, a DMAR Market Trends Committee Member and Metro Denver real estate agent.

There were 97 luxury single-family home sales last month, a 102 percent increase from 48 a year earlier.

Have a story idea or real estate tip? Contact John Rebchook at JRCHOOK@gmail.com. DenverRealEstateWatch.com is sponsored by 8z Real Estate. To read more articles by John 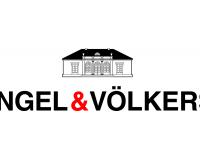 In just a few seconds, you will be searching just like a Realtor®

Engel & Völkers is one of the world’s leading service companies specialized in the brokerage of premium residential property, commercial real estate, yachts, and aircraft. Based in over 800 locations in total, Engel & Völkers offers both private and institutional clients a professionally tailored range of services. Consultancy, sales, and leasing form the core competencies of the staff of more than 11,000 people. The Company is currently operating in over 30 countries on five continents.

Since 1977, we have been the select provider of high-end premium real estate services throughout Europe, Asia, and North America. We use the latest technologies, manage an extensive network of exclusive listings and potential buyers, partner with influential media outlets, and employ the highest-caliber agents who strive to represent our distinguished brand.

Our style o f doing business originates from our early success as a luxury property agency. We maintain the same standards of quality and service in everything we do.

Good Morning Colorado!On this sunny January morning in Colorado I am o

Over the last 30 years, active listings have stood as an important mea

"If you are buying a house, I strongly urge you to contact Ion Real Estate , They took my impossible situation, and got me into a house. It was a lot of work, but they made the process as easy as possible. Contact David Hansen, and Jim Cavoto today and stop renting! "

This is a list of your favorite properties. We will email you if a property is reduced or leaves the market.

This message will go directly to the head of our team.